Rights
We support the open release of data and information about our collections.

Golden Eagle nugget on table, seated on each side, Jim and Jim (Snr) Larcombe, finders of the nugget. 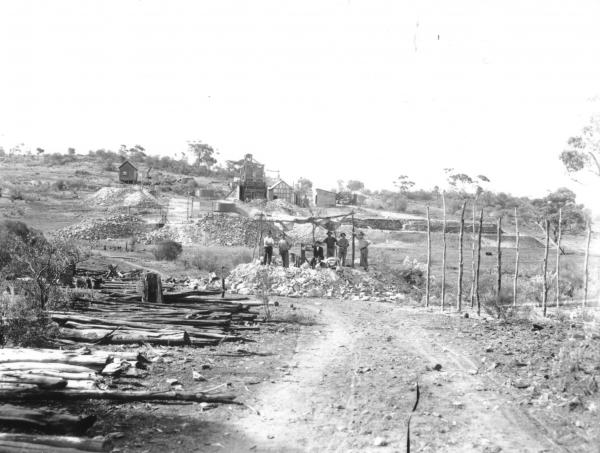 Small Gold Mine and Miners at Mt. Monger.

"This is the Proprietary Gold Mine - Charlie Hunt and McMahon (Mine employed 14 men).

Prospector, Arthur Starr, Later of Starr and Garter Hotel Hannan Street Kalgoorlie, lived in little house for years, and built on another room, as some only had dirt floors.

In 1945, J. Cunneen and Edgar Smith took over McMahon's Mine and crushed for the Public, at Huntingtons Mill, they treated sands. They struck a big patch of gold and sunk another shaft over the hill".